There’s $62 billion of undone automotive maintenance each year, and Lauren “The Car Coach®” Fix is on a mission to change that. The aptly named Lauren “Fix” is an ASE-certified automotive technician. She regularly appears in a host of national media outlets, giving car-care tips as a spokesperson for the nonprofit Car Care Council. In addition, Fix is a North American Car and Truck of the Year (NACTOY) juror. She drives and critiques auto manufacturers’ latest debuts, on roads and racetracks all over the world.
Here, we chatted with Fix, about her work as an inventor, and business owner. She told us how she came to be The Car Coach®, as well as some of her top car-care tips, and which country does the best job training drivers.

How’d you get into the car business?

I grew up in Detroit, and my father was the car business; he had worked for GM, Ford and Chrysler before developing an aftermarket braking system for Corvettes that’s still in use today.
When I was 10-years old, my dad was fixing his car, and he said, “If you wanna help, you can.” So I did, and from then on, I became his tool jockey, and repairing cars grew on me. I learned to work on cars, doing everything from bleeding brakes to changing clutches.
One day, when I was in junior high school, I was at a cruise night, and was telling someone about my father’s business. And he said to me, “It’s too bad you don’t do stuff for other cars,” because he was looking to put disc brakes on a Mustang that’d had drum brakes. I got curious and started researching, and keep in mind this was without the internet and email – everything happened via phone, faxes and letters. It was very antiquated in comparison to today. Eventually, I came up with the design for the world’s first drum-to-disc conversion kit.
I contacted the Society of Automotive Engineers (SAE), requesting to be a member. They initially refused, saying, “You have to have a degree.” So I sent them my design for the drum-to-disc conversion, and they waived the rule, and accepted me as a member when I was just a junior in high school.


I took the conversion kits to a Shelby American Auto Club convention, and before I went, my father had said, “If you can sell 100 of those conversion kits, I’ll give you $1,000,” and following that convention, sales starting taking off. We wound up selling way more.
It turned into a whole industry for me; I thought, “How many other cars can we do?” and the business grew and expanded, far beyond what my father had wanted to do with his own business. In 1989, I co-founded Classic Tube with Paul Fix, now my husband, when we were just dating. We’d met at a cruise night, and our first date was to the drag races, where we raced each other, and now we’ve been married for nearly 30 years. Our business has expanded from a small mom-and-pop shop to one that sells parts all over the world for automotive and industrial applications.

Paul and I have now have two children – Shelby (named after Carroll Shelby) and Paul Fix III. They both have been involved in the automotive world for their whole lives, and they’ve both been writing about cars since they were about 15 and writing for the local newspaper about cars in a section of the paper for high school writers. They’re helping millennials to understand their cars, and car-care issues, like “What’s an emergency kit? What needs to be done? How to drive a manual transmission, and buying your first car.”
I also have a product line called The Bag Fix that I created, to hold onto bags in your automobile – from laptop and shopping bags, to purses. It hooks between the headrest posts and can face forward or on the back of the seat. I brought the product on air at QVC, and it sold out, which was a major success for me. We currently sell them all over the world.

How did you come to be a car-care spokesperson?

Back when I was working with my Dad’s business, there was a book called the “Yearbook of Experts, Authorities & Spokespersons,” and I was listed as an automotive expert. I was first approached to be on MotorWeek, which then led to some other gigs, including local television opportunities and appearances on CNN. In 1992, I got a call from the Oprah Winfrey show, and wound up working with her for the next 12 years.
I also co-hosted a show called Talk 2 DIY Automotive, on the DIY Network, along with my cohost, Steve Ford, who’s an ASE-certified Master Technician. He is based out of Santa Barbara, and currently is teaching in the automotive realm. There we were, giving advice about cars – with last names Ford and Fix – you can’t make this up, right?
Only then, because Steve was ASE certified, did I wind up pursuing ASE certification. After years of having worked in the auto industry, and working on cars, it felt like I was a doctor being asked to take a nurse’s exam. But I did it, and started from square one. I approached it from a “You know nothing” point of view, and read everything and studied, as though I was seeing everything for the first time. And yet the test was tough, because an exam doesn’t share feedback from consumers. If you’re diagnosing a vehicle, a big part of that is asking many questions. You need that driver’s feedback in order to repair someone’s car. I always tell drivers, “Use your senses. What do you feel? What do you hear? What do you see? What do you smell?” and communicating that to technicians can save everyone money and time.
I’ve also been working with a nonprofit, the Car Care Council, for 16 years on the “Be Car Care Aware” program. Anytime I can, I mention them in interviews. The people there are great, and what I like about the organization is that it’s not selling something, and not encouraging people to buy things they don’t need. It only exists to educate, inform and empower consumers, so they can make good decisions. (www.carcare.org)

Do you have any advice for readers about how to care for their cars?

The best advice I can give is a bunch of compelling facts, and some of these are from the Car Care Council.

People have no clue about their automobiles – that’s why I’m so darned busy trying to spread the word! In Germany, they do it right – they have a graduated test for drivers. You need to know how to change a flat tire, and you need to know the rules of the road. In Germany, they use turn signals, pass on the left, and then move back over to the right. Wow – what a concept! This leads to safer, smarter drivers!

Do you have any business tips for auto-repair shop owners and operators?

If you are going to sell to women, please don’t use pink. A pink tool-kit? What am I, stupid? There are ways to invite women into your repair shop, by making it more female-friendly, without using pink. Honesty is the best policy. Explain the work that is being accomplished. There is nothing worse than selling something you can’t use.

Worth noting, we don’t even touch upon Lauren Fix’s work as an author, keynote speaker, dealer trainer and racing driver; for more on that, check her bio out here.

If you’ve been convinced that you should get your car in for some regular maintenance, start with Openbay. 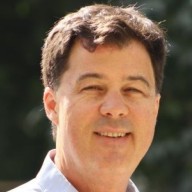 3 Easy Steps to Get Your Car Ready for Winter

Drum Brakes vs. Disc Brakes – What You Need to Know