From Air Force to Auto Repair: Jason Brennan’s Journey to Owning One of the Top Shops in the South Suburbs of Chicago

Many veterans have trouble re-assimilating into their civilian life and into the private sector upon return. Luckily for Jason Brennan, owner of Fine Tune Automotive, he had a passion for fixing things starting at a young age and a dedicated wife and mother who supported his business pursuits. It wasn’t an easy journey – many weeks he worked 16 hour days 7 days a week – but he finally achieved his vision: becoming the #1 choice for customers and the #1 place for employees to want to work in all of South Chicago.

How to Honor Veterans on Memorial Day and Beyond

Jason’s selflessness was evident from our very first interaction. After thanking him for his service, his response was, “No need to thank me, I enjoyed serving my country, but you’re welcome anyway.  The ones who deserve the most thanks are the ones who aren’t here with us anymore.” Beyond thanking veterans for their service, we wanted to know the best ways to honor veterans, not just on Memorial Day, but every day. Jason emphasized that the best way is to prove your appreciation with your actions. “Most veterans aren’t looking for individual praise. They just want to see citizens believing in the values of the US Constitution, and behaving in ways that promote the fact that we are all citizens of the same great country. Be respectful to our fellow citizens, and seek to call out those who aren’t. Stand for the National Anthem. Display the flag, the symbol of our country’s history and values. That is what veterans fought for.”

Jason pointed out something surprising, that even he was unaware of when he signed up with his high school buddy for the Air Force in 1996. On top of giving up his life to protect and fight for others, he also waived his right to a trial by jury. If you make a mistake, depending on the severity, you can end up court-martialed, where a military judge alone determines the verdict. This taught him a deep sense of responsibility and urgency. In any branch of the military, Jason quickly realized “your responsibility isn’t just to do your job.”

Jason served in the US Air Force as a cable splicer for the Illinois Air National Guard from 1996 to 2000. He was based out of the O’Hare Air Base. Most of his work was in the US, with some short temporary duties in Germany and Japan. “I would say that it taught me discipline to a level that I may never have been capable of otherwise.”

His Air Force experience, along with his upbringing, had a profound impact on his future business philosophy and management style. He explains, “there’s a big difference between knowing what you committed to do and doing what you committed to do. Knowing that my actions affect other people’s lives, that my actions could have an impact ranging from a small annoyance to a national security threat, was huge. When I entered the business world, I already had the mindset that every one of my decisions and my actions could greatly affect the outcome, and that sometimes I was the only one who could do it. I was raised to do whatever it takes, but my time in the Air Force solidified that.”

When he was younger, his parents didn’t let him get away with much. Jason recalls, “Now you would call it old fashioned, but their parenting style was pretty close to the military’s leadership style.” This taught him the proper chain of command and what could go wrong if something is done improperly. His grandfather was a veteran and so were a bunch of his neighbors. In his diverse hometown of Glenwood, Illinois, the community had the same mindsight: they believed in the cause of defending our country because they believed in the values in the constitution. When Jason and his friend joined the Air Force, their families showed their support and pride by throwing a joint family celebration.

Turning a Passion for Fixing Neighborhood Trash Into a Career

Ever since he was a kid, Jason’s favorite pastime was fixing things. He would scavenge the neighborhood for unwanted items to take apart and see how they worked. “Eventually I even figured out how to put some of them back together, and sometimes they even worked!” He even managed to find enough lawn equipment and repair it himself to start a lawn mowing business with a friend that he would later see in the same Air Force unit. Jason began building go carts, electronics and other motorized gadgets out of old parts, which gave him a passion to repair things and, ultimately, turned into his career.

After Jason’s Chicago air base was closed in 2000, he had a big decision to make. To drive four hours to his new air base in Springfield for every UTA, or return to civilian life. He chose the latter, taking a few years of electrical engineering courses and graduating automotive tech school. After working for a couple of dealerships and independent shops, he felt that the customers weren’t getting the service they deserve, so he set his sights on opening up his own shop.

At the age of 26, one year after he got married, Jason opened Fine Tune Auto Service in 2003. “It was just me at the time. I did the books, answered the phones, quoted all the jobs, and fixed all the cars. I even got to be the janitor. My wife did the books on weekends. I think my sales the first year were around $100K. There were lots of times I didn’t pay myself. This business model really wasn’t sustainable, and I soon realized I would need to hire some help.” That’s when he moved his shop from a 2 bay shop in East Hazel Crest, IL to a 6 bay shop in Lansing, IL in 2006.

With the help of his mom, who refused to take any pay, Jason was able to grow his business to 7 employees and $1 million in sales by 2018. “In the past, there were lots of weeks I worked 16 hour days 7 days a week. Now I work about 45-50 hour weeks.” Now his shop has a reputation as one of the top shops in the south suburbs of Chicago, both to work for and to service your car.

Surprisingly enough, Jason had to “unlearn” some of the military leadership styles to become #1 choice for customers and the #1 place for employees to want to work. In the military, if you do something wrong, “it doesn’t matter if your son, your wife, your mom, or your entire military unit is there, leaders will not take the time to discipline their subordinates behind closed doors.” On the plus side, Jason learned the power of responsibility quickly. On the other hand, disciplining subordinates in front of their colleagues is not an effective management technique in the private sector. Jason learned that the hard way when he was managing his first employees. After learning his lesson by calling out an employee’s mistake in front of his peers, Jason now saves those conversations for behind closed doors and never raises his voice.

Jason attributes Fine Tune Auto’s success to “the dedication of my loyal employees and customers, staying ahead of industry trends and watching my numbers closely.” He creates a win-win-win situation for the customer, employee and business by adhering to these core values: integrity, honesty, hard work and exceptional compensation. “The employee has to be happy and proud of their work and compensated well, the customer has to feel like they have to get a value and the business has to make a profit and retain loyal customers.”

In the military, you can’t fire someone for having a bad attitude. In the private sector, you can. But Jason never gives up on his employees. He encourages his employees to take pride in their work, which creates an atmosphere of good attitudes. He believes, “It’s not just about following the rules. It’s also about how you do it.”

Jason was fortunate to have a passion for repair and the resilience and fortitude to be a successful entrepreneur. He knows, and sees, other veterans who aren’t as decisive. His advice is, “Don’t get to hung up on whatever it is you did in the military. What existed in the public sector might not exist in the private. There are lots of training opportunities available. Take advantage of the GI Bill and the skilled labor shortage and go to trade school.” He also stressed the importance of staying busy and staying surrounded by people, even if you’re not getting paid. He mentioned a place called Operation Combat Bike in Cedar Lake, IN as a prime example of a way to keep your mind and your hands busy upon return. This particular organization offers veterans “hot rod therapy” by rebuilding bikes “with heroes for heroes”. Jason suggests reaching out to fellow veterans if they’re having a hard time reassimilating. “Sometime they just need to be around other people who might understand. Sometimes veterans just want to be alone, and if you let them be alone, unfortunately, suicide rates are very high.”

Jason is an inspiration to us all. He is humble and grateful for his chance to serve our country. His perseverance helped him get the right education and skills to run “one of the top shops in the south suburbs of Chicago.” Feel free to visit his website to learn more, schedule an appointment online or send him a message of gratitude on their AI-powered virtual service advisor. 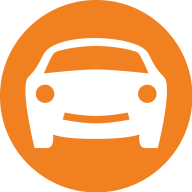 Why is My Check Engine Light On?

Love Cars? No Need to “Turn a Wrench” to Thrive in the Auto-Care Industry

Did You Know: The Fastest Way to Get an Auto Repair Estimate